The Great Gilly Hopkins is looking for a home. She’s a foster kid who’s been angry, lonely, and hurting for so long that’s she’s always ready for a fight. Be on the lookout for her best barracuda smile, the one she saves for well-meaning social workers. Watch out for her most fearful look, a cross between Dracula and Godzilla, used especially to scare shy foster brothers. Don’t be fooled by her “Who me?” expression, guaranteed to trick foster parents, teachers, and anyone who gets in her way.

It’s Gilly Hopkins vs. the world! And so far, Gilly seems to be winning. But what she doesn’t realize is that every time she wins, she really loses, until she discovers a love as formidable as any enemy she’s ever known.

The Great Gilly Hopkins is a story about a feisty, tough 11-year-old girl, Galadriel (Gilly) Hopkins, who was in the foster care system since the age of 3 and clings to the hope of being united with her mom. Gilly sports thick armor as she moves through two foster homes and lands in her third. The book opens with Gilly’s social worker, Miss Ellis, transporting her to the foster home of Mrs. Trotter and her foster son, William Earnest. At first, she has her walls solidly up, protecting herself from hurt and disappointment she had in the past and was expecting again. She dreams of uniting with her mom in California and clings to her most treasured item: a photo of her mom with a note written on it. However, plans of escaping Mrs. Trotter’s house backfire, and Gilly finally seems to start settling in, creating relationships, and enjoying herself. Gilly’s life takes a turn when there is a knock on the door followed by another move.

This isn’t an easy story with a fairytale happy ending. There are times that the brazenness and politically incorrect word choice of Gilly are uncomfortable and cringeworthy. The Great Gilly Hopkins was written in 1978 and there are both subtle and glaring differences with the foster system then and now. Just when you think the book can end and it would be a happy one, there is a major twist that is completely unexpected but teaches Gilly so much about love, acceptance, and what family means. This book is meant for 5/6th graders. I would suggest it for youth in middle school or above and to have an adult who has read the book available for questions and communication, especially if the youth that is reading has experience with the foster care system. 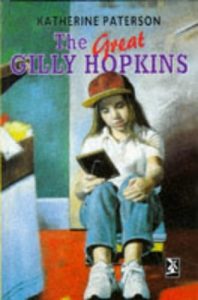 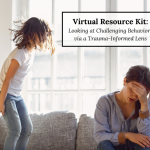