In the world of adoption and foster care, we often talk about transracial and transcultural families; those families made up of members representing different ethnic groups or racial backgrounds. But, in truth, while many adoptive families are transracial, all families are transcultural. Even in families where there is no history of foster care or adoption, no two individuals are identical (not even “identical” twins!). There may be overlap, at times, in the way family members think about or respond to something, or how they identify themselves (e.g., “We’re Smiths!”), but each person’s individuality sets them apart.

For families who have adopted, the cultural differences are sometimes subtle, as in the case of a family who has adopted a child of the same race as their own. While they may share the same race, there are often differences in socioeconomic status, ethnic background, or customs and traditions. In other families, those differences may be more apparent, say, for example, when a family has adopted a child of a race or ethnic group that is visibly different from their own. While race, heritage, and ethnicity are all components of culture, there is much more to the definition of culture.

Crafted by Cornershop
Succeeding as a Foster Child: A Roadmap to Overcoming Obstacles and Achieving Success 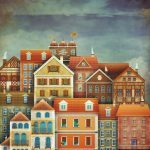